Pasta Made These People Leaner 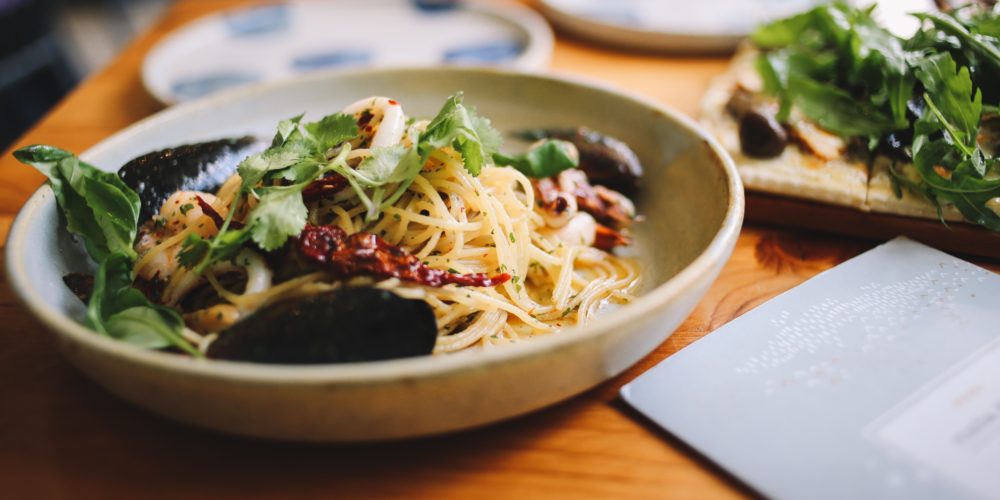 Pasta Made These People Leaner

Recently I was asked to comment on a nutrition study where that pasta eaters were leaner than people who avoided pasta.

Everyone in the study basically followed the Mediterranean diet, which includes veggies, healthy fats, meat, fish, legumes, and some starchy carbs. But some folks chose to avoid pasta, and some people ate pasta.

The pasta-eaters were leaner than those who avoided pasta.

No it doesn’t. No single thing makes a person fat. Being overweight or obese is caused by multiple factors including:

But isn’t pasta really dense in calories? And doesn’t it causes inflammation? Yes to both of those.

So why were the pasta eaters leaner?

First of all because the lean people in the study ate reasonable portions of pasta, like 1 cup. The other reason pasta can make you leaner is satiety: pasta makes us feel more satisfied than other foods.  So adding a serving of pasta to a meal of protein and vegetables, goes a long way to preventing second-helpings.

So in a cruel twist of irony, the people who avoided pasta (who were probably avoiding it for their health) accidentally ate too much other stuff, and gained weight. They probably ate too much fat, which is the most callorically-dense food. 1 Tbsp (15 mL) of olive oil has 120 calories. That’s the same as 1/2 to 2/3 cup of cooked pasta. The pasta will make you feel way more satisfied than the 1 Tbsp of oil.

So, what should we eat? Eat balanced meals that include:

Think of a big stir fry with lots of veggies and hardly any rice. Or think of a big salad with protein and a bit of pasta on there too.

After workouts, or if you’re trying to gain weight/muscle, you can eat more starchy carbs like pasta.

If you’re still confused, come see me. It’s not your fault if you don’t understand nutrition or exercise. It isn’t properly taught in schools. I can help you.

Sorry, the comment form is closed at this time.